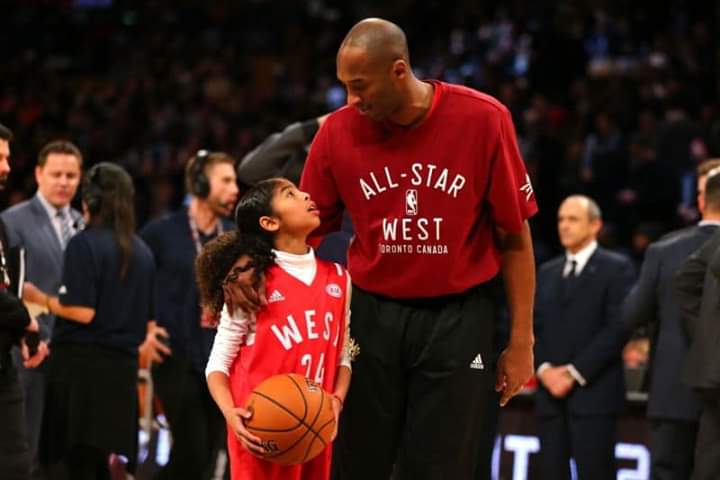 Today a giant tree fell in North America and millions of people across the globe were affected.The sport’s world, entertainment industry especially the Grammys, the young, the old, children and all shades of people were saddened by the sudden unexpected demise of an NBA (National Basketball Association) legend, 18 times “All Star”, former MVP (NBA’s most valuable player), the league’s regular season 4th highest all time scorer with a 20 year basketball record with the Los Angeles Lakers, Kobe Bryant.

Bryant perished in a helicopter crash in Calabasas near Los Angeles together with her 13 year daughter, “Gigi” and seven others including possibly family friends. The whole world is mourning the sudden loss of Mr. Bryant, his daughter and the other victims. Many including former president Barack Obama, entertainer and other NBA stars are in shock while others are totally paralyzed.

Bryant’s death is a reminder of the dark and unpleasant side of life. How quickly our lives can turn upside down without any warning. Mr. Bryant apparently has always used helicopters as his main means of transportation throughout his MBA career and today was a routine trip to his daughter’s tournaments. I am sure he has made similar trips several other times after his retirement in 2016 as he has been apparently coaching his daughter’s team, mentoring the youth and running a sports complex he has acquired and renovated for young baseball players.

I am not sure whether anyone in his/her wildest dreams would have thought that a very short regular flight to Mr. Bryant’s orange county Mamba sports complex would ever end in such a terrible tragedy. His family could have just wished Bryant and his daughter a friendly goodbye hoping to see them in a couple of hours but they never returned.

Bryant’s helicopter crashed on a hillside near Calabasas shortly after the pilot had apparently requested to fly under special visual flight rules (VFR) and under low altitude due to “thick fog” and poor visibility. Flying under VFRs allowed pilots to rely their own vision as opposed to instruments flight rules (IFRs) where they are under the instructions of air traffic control. The LAPD (Los Angeles Police Department) had apparently grounded all their helicopters in the morning due to thick fog). The The crash killed Bryant, his daughter and seven others.

This kind of death happens daily to so many people in various ways. In fact, sudden unexpected deaths are difficult to cope with because no one expected it and the family never prepared or had the opportunity to say goodbye. Being killed in such a horrific way in a helicopter crush also adds another aspect of difficulty to the grief of the family, friends and loved ones.

How can people even cope with such events? Losing multiple family members in such a tragic fashion? How does one cope in such a public forum? It is indeed hard. In Bryant’s case, he has left behind his wife and three three girls including seven year old infant.

Unless a person has experienced such an event it is difficult to imagine. Such events change people, families and people’s perspectives. They shatter one’s sense of self and security. Tragedies like this reminds us of the uncertainties of life, how precious, finite and fragile life is. It also reminds us of our own mortality, vulnerability, lack of immunity to human tragedies. It also reminds us to value our families, our relationships and the time we spend with our loved ones. It reminds us to show our love and how we should value each moments to treat them as if they could be our last; and they may well be our last.

Tragedies reminds us to be kind to ourselves and others. They remind us to evaluate what is important in life. Balancing career, work and family. We may never know how much more time we have. We should cherish each moments, love our families and friends and treat them with care.

We should organize our lives and plan for our future. We should secure the future of our loved ones.

In events like this, we should turn to our natural support especially family and friends to cope. Think about what helped you in the past tragedies or difficulties. Hug and love your family always.

My heart goes out to the Bryants and the families of all the victims, the people of Los Angeles, the LA Lakers, all NBA and Kobe’s fans on such a traumatic day.

May all the victims rest peacefully.