Condemning and Dehumanizing Gays but Praising Their Patriotism and Service? 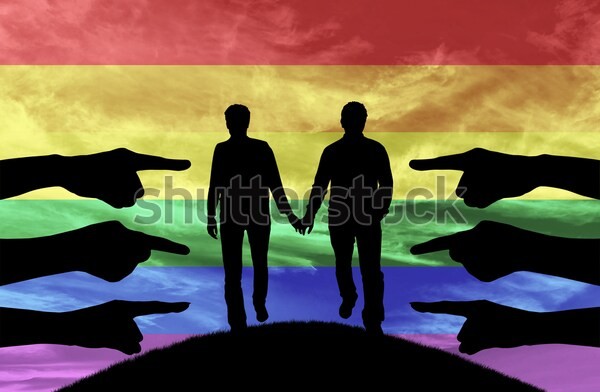 Many Ghanaians hate gays and refuse to acknowledge their existence or humanity. Many insult gay people without reservation or restraints although most almost certainly have probably never met one, bothered to find out anything about them or never associated with any.

A mere headline about gays can cause Ghanaians to rain a hell of insults on a stranger they have merelt seen in the newspaper and have never ever meet. Ghanaians deny gays of their humanity, creation, existence, chastise them and call them all kinds of names for no apparent reasons.

Their Reasons?
Purely religious, ignorance or cultural or fear, not grounded in logic or facts. Many Ghanaians claim gays do not deserve to live, were “NOT created by God”; rather supposedly created by satan and may just be possessed by demons. These homophobic Ghanaians say this without any recognition that religion or belief is an individual right and that the gays they hate based on their own personal, religious and/or cultural beliefs may share such beliefs in any way whatsoever. Some even rain insults and curses on Western countries who have recognized, legitimized or legalized gay marriage. Of course, they have no idea that each state is a sovereign which makes its laws that serve national interests.

Many Ghanaians if not most equate the sexual orientation of gays to their entire humanity claiming they cannot even be humans. They dehumanize and call them nasty names. When questioned, many of them would even insult or attack others like myself for joining their hate mongering. They do this through intimidation, threats, cultural, racial or religious invocations. Whenever one tries to question their thoughts they get even more reactive, irrational, threatening or resort to shaming instead of engaging in an intellectual discussion.

When one begins to challenge these homophobics about our shared interests, goodness and their accomplishments, many would disregard them and will simply not accept them. Most cannot even imagine or wish any good on a gay person.

My Motivation for this Article?

An article I saw today in Ghana Graphic online post stirred my interest. The article featured the Irish politician Leo Varadkar who is gay and has a partner and a medical doctor by profession. Whilst the article appears to acknowledge the homosexuality of the PM, it was silent this time on the his sexual orientation.

The article implicitly acknowledges the patriotism and selfishness of the Dr. Varadkar for yielding to his country’s call on medical professionals to join the fight against COVID-19. According to the Graphic, the Dr Varadkar who lost his medical license in 2013 has recently registered to offer virtual assessments once a week while still serving in his political role.

I thought many of you Ghanaians didn’t regard gay people as humans or moral? You keep insulting, name calling, hating, disrespecting and dehumanizing people like this, Irish politician, Dr. Leo Varadkar, just because of their sexual orientation.

Many of you are so clueless often saying stuff about people whose records you cannot ever match or come close to. People you never met or will ever know.

So now you retracted your prejudice or what? How many of you self righteous hypocrites can make such selfless sacrifices to your nation or community? Now you are saying this and the implication is?

Leave him to serve his nation in whatever capacity he can and is willing to do. Focus on yours and offer your service to President Nana Addo Dankwa who many of you self righteous “Christian” insult on a daily basis yet call yourselves better, culturally superior and “God fearing”

Perhaps rather than judging complete strangers you should find something to do with your time: find out why people become gays, volunteer and support your own community
Focus on saving yourself, your family and community.

Be kind and less judgmental! Get to know people and if do not want to, leave them alone. They don’t need your insults or judgment. Their families and countries recognize and accept them for who they are.

One thought on “Condemning and Dehumanizing Gays but Praising Their Patriotism and Service?”