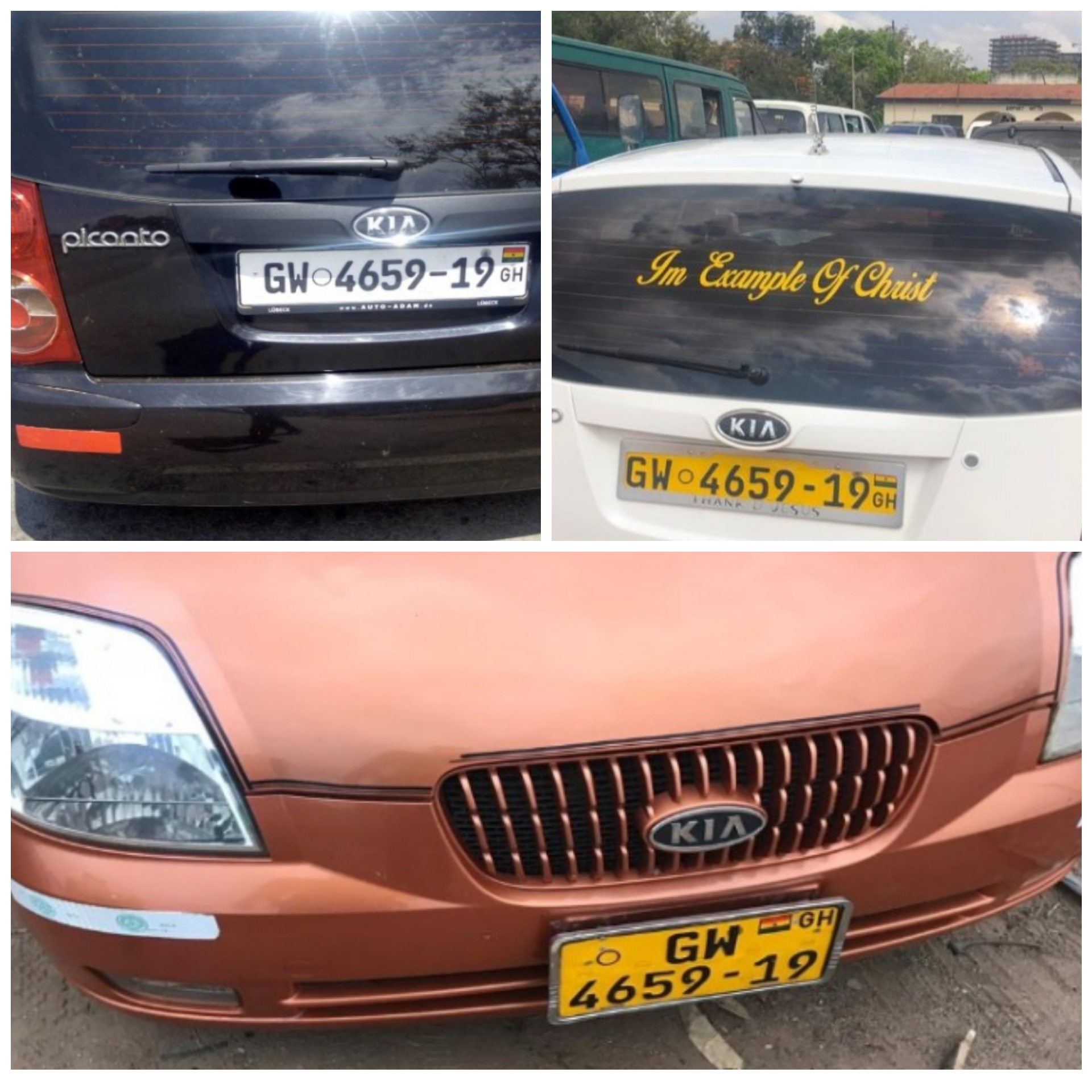 The Driver and Vehicle Licensing Authority (DVLA) says it is looking into the cases of viral photos of different cars with the same vehicle registration plate.

The Public Relations Officer of the Authority, Francis Asamoah Tuffuor said, “We are investigating the issue and we are having several meetings to get to the bottom of the issue.”

“If the issue goes beyond DVLA and there is the need to invite other state agencies like the police, we will do so,” he told Joy News, Monday.

A vehicle registration plate, also known as a number plate, license plate, or licence plate, is a metal or plastic plate attached to a motor vehicle or trailer for official identification purposes.

All countries require registration plates for road vehicles such as cars, trucks, and motorcycles.

People have been questioning the authenticity of the license plate of some cars after it turned out on social media that they supposedly have the same registration number.

This is a misnomer according to DVLA as it has introduced high security and digitised trade licensing with the aim of improving efficiency and security.

They have set up a committee which begun meeting on Monday to get to the bottom of the issue.

The Authority said the digitisation is part of a long-term plan to ensure the entire vehicle registration regime in the country meets acceptable standards.

Mr Tuffour told Joy News, they are taking measure to curb a situation where long queues which characterises the registration of new vehicles at the turn of a new year.

He said this year, they have opened a lot more offices across the country to take care of registering new vehicles.

“In the Volta region, customers do not have to go to Ho anymore as our Denu office is one of the new places people in the catchment area can go to get their vehicles registered. In Accra, those around Pokuase and its environs can also go to Amasaman instead of driving to our 37 office,” he said.