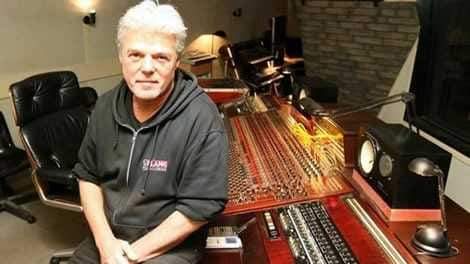 This man you see right there is the one who recorded Almost all DADDY LUMBA hits songs in the early middle and late 90s…..in the 90s if the song wasn’t recorded at BODO studios you will hardly get hit…he really understood the African/Ghanaian Rhythm..

Lastly when Lumba & Nana Acheampong were making the “Yɛ ya ka Akwantuom” song…there was no computer effect to get plane✈ sound.. so he took them to Dusseldorf Airport ..Ghana Airways plane that was coming to Ghana is what he used his old sound recoder to record❤..he recorded that sound of the plane originally..so that sound you hear was originally recorded without no effect…Man was dedicated to the job.💔💔🇬🇭🇩🇪